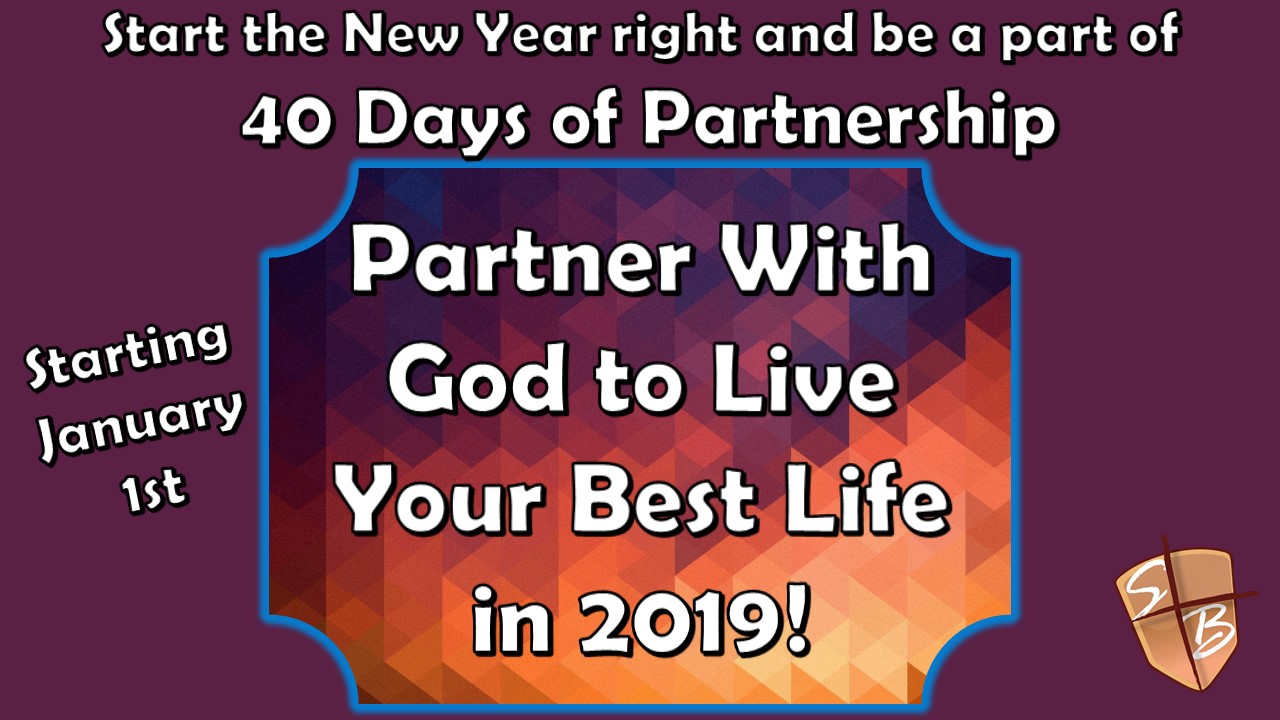 Come back and view our daily blog during our 40 Days of Partnership begining on Tuesday, January 1, 2019.

The first thing the Christian must learn is that God does not lead him/her to sin. The Apostle James clearly condemns the attitude of blaming God for tempting circumstances (James 1:13-15). God may test His children, a process designed to purify and strengthen them, but He does not lead them into sin. Without exception, sin results when temptation strikes a sympathetic chord in the human heart, and man has no one to blame but himself.

Our age is one in which blame is passed to society, to the pressures of the times, or to some other faceless, nameless creature. If one is to be forgiven, he must first humbly admit, "I have sinned." As long as one looks for someone or something else to blame, he or she will be totally helpless in combating temptation.

The Christian needs to recognize the role of Scripture in overcoming temptation. The Psalmist stated, "Thy Word have I hidden in my heart, that I might not sin against Thee" (Psalms 119:11). When God's Word becomes an integral part of the believer's life, it fortifies that person against temptation's power.  Use the Word of God to fight temptation today!